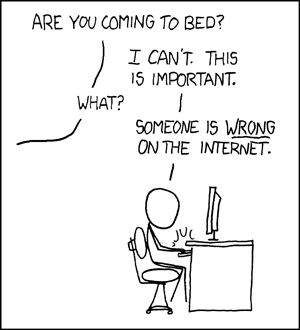 Yes. I say this because of the science funding reforms of the 1990s – particularly as they effected the Crown Research Institutes. For better or worse (and it was both better and worse) the change in science funding forced scientists closer to industry.  Stakeholders (a new word for many of us at the time) got input into science funding decisions and scientists became more motivated to form contacts and collaborations with these stakeholders.

Now scientists attend non-specialist industry conferences and workshops, speak about their work to industry groups and attempt to get coverage in relevant newspapers and magazines. This means scientists have had to improve their skills in communicating their findings and ideas to non-specialists.

This had already been occurring in some areas (agriculture is an important example) and I think this experience has been a reason why New Zealand scientists are generally better communicators than those in many other countries. (Anyway, that is may assessment after sitting through many bad presentations at international conferences.)

The institutional and personal motivation for New Zealand scientists to communicate with non-specialist audiences and the general public is very strong. So, I think our scientists should take notice of the recent blooming of the internet weblog phenomenon. They should recognise that interactive blogs offer advantages that (usually one-way) industry newspapers and magazines, trade conferences and workshops, just don’t have.

People today use the internet as a replacement for newspapers and magazines. They also use the internet to source specialist information. This means that blogs can provide scientists with a new way to communicate with the public, relevant stakeholders and those who, in the end, may influence science funding decisions.

What do scientists get from blogging?

A recent paper (Advancing Science through Conversations: Bridging the Gap between Blogs and the Academy) argues that “it is in the interests of scientists and academic institutions alike to bring these conversations [about science and its role in society] into the public sphere”. Considering this, for the moment, from the personal perspective of scientists I think blogs can offer several advantages to New Zealand scientists over the conventional methods they are more used to:

They are immediate. Scientists can quickly post relevant information and viewpoints without the delay involved with the old methods;

They are direct. No need to go through press officers, and (hopefully) departmental and institutional bureaucrats;

They are easy to set up and use. No web design skills are required;

They are interactive. Readers can ask questions and make comments – to which the scientist can also immediately respond. This just isn’t possible with the one-way communication of science via print media or current institutional websites;

They provide a rapid mechanism for countering misinformation being promoted by commercial or ideologically motivated people (consider how science blogs have effectively countered the science bashing of the creationists and intelligent design proponents); and

The are personal. The scientist becomes known to a wider audience. Readers can identify scientific findings with a name (and often a face). Reputations are established and this is important for success in careers and science funding;

I think most New Zealand scientists could appreciate the advantages of blogging to their work and career.

Of course there are problems – not the least of which is institutional suspicions. Bureaucrats don’t easily give up control. This can lead to silly situations where scientists are not permitted to present their work on their institute’s website – while at the same time material prepared by them resides on the websites of other companies.

A post at Biomedicine on Display argues that proponents of science blogging have been overoptimistic because they have ignored the “power dynamics” involved in the relationship between individual science bloggers and science institutions (see Science blogging vs. institutionally based science communication). This issues certainly needs confronting.

The paper Advancing Science through Conversations discusses different formats for science blogging. These formats can range from personal blogs hosted externally (e.g. the well known Pharyngula), through communities of externally hosted sites (e.g. Nature Network Blogs), to blogs hosted on the websites of the employer institutions (eg. The University of Sydney’s Blogs dot USYD and Waikato University where BioBlog is hosted). Links for some other examples mentioned in Advancing Science through Conversations are given below.

Currently the only real opportunity for most scientists wishing to blog in New Zealand is via external, personal, blogging platforms like Blogger and WordPress. There is the possibility of external science blogging collectives (this is being suggested by Peter Griffin at Science Media). Maybe there is scope for establishing blogs on one of the overseas science blogging colectives (eg. Discover Blogs, Nature Network Blogs, ScientificBlogging.com and Scientific American Community Blogs).

It’s early days. But as more scientists promote their work and careers via blogging, institutions may eventually be forced to accept, and even encourage, this medium of interactive science communication. (You can email this post to any New Zealand scientist who you think could be interested).

4 responses to “Is New Zealand ripe for science blogging?”