Atheists not allowed to criticise Hitler!

I personally get along well with people of different religious beliefs. Most people have a “live and let live” attitude and recognise that New Zealand is a democratic pluralist society. We just get on and do our jobs – religion never seems to interfere. 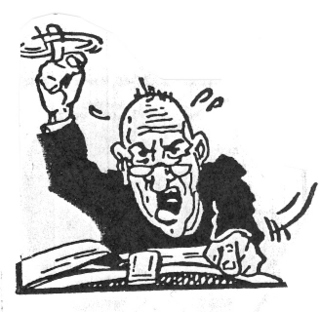 However, Christian apologists seem to live in a different, intolerant, world. They seem to feel the need to continually “prove” their god exists – and to pass judgement on people who think differently to them. Any whiff of atheism is an excuse to come down hard with their judgements, criticisms and lectures. Particularly weird is their claim that they know what atheists “really believe and think” – and their insistence in telling them so.

The silliness of this, of course, is that most people, whatever their religious views, do conclude that Hitler was morally wrong. Atheists are not an exception. In fact, most of the very small groups who still support Hitler’s ideas (e.g. white supremacy) are probably professing Christians (eg.,  Christian Identity and Kingdom Identity).

OK, so the ‘Thinking Matters’ hypothesis is wrong – it just doesn’t correspond with reality. The sensible theing to do is learn from the mistake, change the hypothesis and check the new ideas against the facts. But, no, these apologists just refuse to recognise their mistake. They ignore reality and and persist with their false theory. They persist in telling atheists how they should think. They are just attempting the impossible – trying to change reality to fit their false ideas.

So we have the ridiculous situation of ‘Thinking Matters’ ruling that someone like the Dalai Lama (probably the world’s best known atheist) cannot possibly criticise Chinese repression in Tibet or applaud Ghandian non-violence just because he doesn’t believe in the god of this particular Christian apologetics group!

Silly isn’t it? And pathetic. Apparently they cannot define their own moral positions in their own right and have to do so by criticising the morality of others (who, incidentally, don’t have this problem).

I think this comment from detroitus (see What would Newton do??) is appropriate here as elsewhere (see “Biblically correct” child abuse?):

“There is a prayer that I used to know as a christian. Tons of people know it but few actually comprehend it I think. “Lord, grant me the serenity to accept the thing I cannot change, the courage to change the things I can, and the WISDOM to know the difference.” News flash! REALITY is one of the things YOU CANNOT CHANGE!” 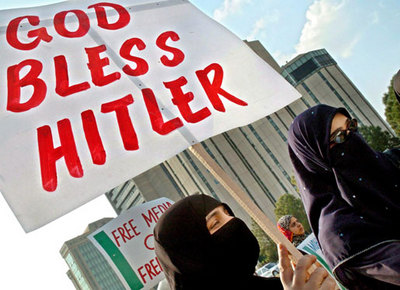 Perhaps instead of obsessing over atheists who criticise Hitler “Thinking Matters” should take issue with those theists who support Hitler.

227 responses to “Atheists not allowed to criticise Hitler!”