Open letter across the barricade

Here I respond to a letter sent to The Listener by a former scientific colleague, Doug Edmeades. He is now a science spokesperson for local groups which attack the current scientific consensus on climate change as well as attacking local climate scientists.

Doug and I are old mates. In the past we fought together against commercial and bureaucratic attacks on our research. Now we find ourselves on opposite sides of the “barricade.” But I am sure there is enough mutual respect to enable a reasoned discussion of the claims made by Doug about climate change science in his letter.

I have invited him to respond in turn to my comments and hopefully he will be happy that I post his response, at least in part, here.

I am responding to claims you made in your recent letter to The NZ Listener reproduced on the Climate Conversation Group Blog (see In a climate of listening). Space limitations clearly prevented you from justifying these  five claims (your refer to them as “facts”). However they are, in my view, either not factual or misleading. I explain why below and welcome your response to my comments.

1: Claim of “no recent global warming” is misleading 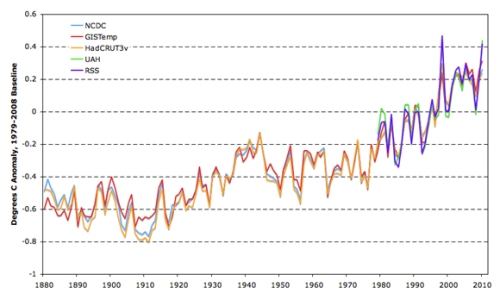 Figure 1: From The Yale Forum on Climate Change & the Media. (Click on figure to see article)

Choosing short time periods (eg a decade) may give an entirely misleading impression as you can see from Figure 2 where I have plotted temperature trends of separate periods.

The most relevant comparison here is the 1998 – 2008 and the 1999 – 2010 periods (the dotted trend lines). The table makes it clear how incorporating 1998 in a short period like this distorts one’s conclusions – because it purposely includes a large variation which confuses the trend (see Table below). This is a classic ploy used by many people who attack the current scientific understanding of climate change.

Comparison of trends for the  1970 – 2000 and 1970 – 2010 periods also suggests that  temperature increases over the last ten years probably have not declined. If anything they may have even increased (see Figure 3). This test was presented on the Yale Climate Media Forum – I realise it cannot be conclusive but would be interested in a statistician’s opinion of the test.

Figure 3: From The Yale Forum on Climate Change & the Media. (Click on figure to see article)

So Doug your claim may well be technically true, maybe even statistically “true” depending on which data set is used, especially if the data for 1998 is included. But it is clearly unwarranted. And misleading.

While contrarians, deniers and climate sceptics have sometimes made a big issue of the “medieval warm period” the conclusion has usually been that it is not a global effect. That is, it may have occurred for parts of the northern hemisphere but is not seen strongly in the global data. See Hemispheric Temperatures in the ‘Medieval Warm Period’ in Working Group I Report “The Physical Science Basis” (AR4).

3: All warming factors are considered

Yes, many factors are involved in driving global temperatures – both natural and human effects. But here is the fact which concerns climate scientists and governments around the world. We just can’t explain the observed temperature trends over the last 50 years without incorporating human inputs as well as natural ones. This is demonstrated in Figure 4 below.

Figure 4a included all the natural and anthropogenic influences.  The black line is the actual measured global temperature anomaly (obtained by subtracting the average temperature for 1901 to 1950).  The individual simulations are shown as thin yellow curves. The red line is the multi-model ensemble mean (see Figure 9.5 – AR4 WGI Chapter 9: Understanding and Attributing Climate Change).

Figure 4b is a similar plot using simulations which consider only the natural influences on climate. The individual simulations are shown as thin blue curves. The thick blue line is the multi-model ensemble mean.

That is why the IPCC has concluded that there is a high probability (>90%) that human influences are contributing to the current observed global temperature increase.

4: Models are not reliant on incorrect assumptions about clouds

You misrepresent the current understanding of the influence of clouds in climate models. The fact is that cloud effects are just not well understood yet – the IPCC reports acknowledge that. Figure 5, for example, is from the last IPCC report (Figure 2.20 – AR4 WGI Chapter 2: Changes in Atmospheric Constituents and in Radiative Forcing). It shows the estimated influences of several human caused effects and solar radiation since 1750. Notice the error bars. They are much bigger for clouds and aerosols than they are for the others. Notice the assessment of scientific understanding for these influences. The IPCC acknowledges the low understanding for clouds and aerosols. 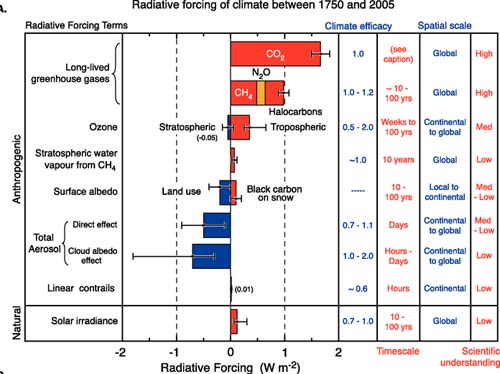 Obviously this problem is getting attention in current and planned future research.

New Zealand’s temperature record, being regional, has very little relevance to the overall global record. However, politically it has been contentious because of unwarranted attacks on the record, and on NIWA climate scientists, by the organisations you represent.

Richard Treadgold crudely attacked the previously published record, and NIWA scientists, in his article “Are we getting warmer yet?” Campaigning by the extreme right wing  ACT Party in parliament resulted in finance to repeat the calculations your organisations were claiming fraudulent. This produced a new temperature record, together with details of adjustment calculations and methodology which confirmed the previously published record.This would have settled any real, but misguided, concern about the data.

Of course, your Climate Science Coalition and The Climate Conversation Group have continued their campaign – probably not at all surprising because their purpose is political, not scientific. And they have adopted the common denier strategy of McCarthyist attacks on climate scientists we are seeing around the world. The promotion of Treadgold’s article at the very time the “climategate” email scandal erupted highlights the common strategy.

This raises the important question of scientific integrity – a subject that I know has concerned both of us over the years. In his article Treadgold made claims that were damaging, malicious and probably libellous. He said that:

NIWA scientists “created a warming effect where none existed.” That “the shocking truth is that the oldest readings were cranked way down and later readings artificially lifted to give a false impression of warming.” And “we have discovered that the warming in New Zealand over the past 156 years was indeed man-made, but it had nothing to do with emission of CO2 – it was created by man-made adjustments of the temperature. It’s a disgrace.”

At the same time he included his own “scientific” analysis which ignored completely effects due to inevitable changes in  recording station. (Obviously because erroneously using the uncorrected raw data fitted his picture better). At the time he claimed that his report was based on work done by scientists in his group – scientists which he refused to name, claiming they wished to remain anonymous!

You may remember I wrote to you at the time asking if you had been involved, or had reviewed the article before its release. This is still a relevant question to me. Despite scientific rubbishing of Treadgold’s article he refuses to withdraw those  malicious comments, or acknowledge the faulty, naive, analysis reported. And, his article still gets used to attack New Zealand scientists.

Well, I am not so naive as to expect politically motived people to be concerned with the truth. But I think this issue does present a problem for us because, unless we take a principled stand on it our scientific integrity is threatened. So, could you please comment on your position with respect to Treadgold’s article, his analysis and his malicious criticism of NIWA scientists? Do you support him? Or have you criticised them within your organisations and attempted to get their withdrawal?

Doug, I am sure you will take my comments and questions in the spirit they are intended and hope you will take the time to respond to this open letter. I certainly look forward to your response and any continuing discussion of these issues.

31 responses to “Open letter across the barricade”