Experts speak out on fluoridation 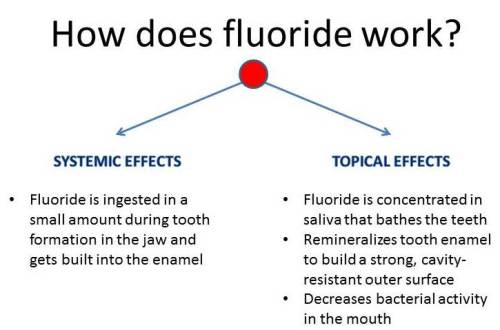 This is a letter to Dunedin City Councillors from 21 senior School of Dentistry staff. They believe that fluoridation of Dunedin’s water supply should be retained and expanded. As the Otago Daily Times headline puts it – Better oral health largely due to fluoridation.

I think it is a good summary which should be read more widely than in Dunedin. In the upcoming local body elections there will be referenda deciding on local fluoridation in Hastings, Whakatane and Hamilton. There are also campaigns against fluoridation in Auckland and Wellington with declared intentions to spread the campaigns even wider.

Here is the letter:

In 1958, the Faculty of Dentistry requested the council to fluoridate the water supply of our city.

The Otago Branch of the Dental Association pledged its support of this request.

Our position remains unchanged after 55 years.

A debate surrounding community water fluoridation has recently surfaced again in Dunedin, and has received some coverage by local and national media.

We would, therefore, like to remind councillors of the strong case for fluoridation to continue in our city, and be expanded wherever feasible, including to unfluoridated areas of Mosgiel and areas covered by the Northern Water Scheme.

The New Zealand Ministry of Health has commissioned extensive reviews, which have led to development of ministry guidelines and statements on fluoridation.

These guidelines and statements are clear: community water fluoridation is effective and safe, and community water supplies should be fluoridated at 0.7-1.0 parts per million (ppm) wherever feasible.

The Australia New Zealand Food Safety Authority also approves the addition of fluoride to bottled drinking water, as it believes this is important for public health.

The US Centers of Disease Control estimate that for every $1 spent on water fluoridation, $38 is saved on tooth decay treatment, and named water fluoridation as one of the greatest public health improvement measures of the 20th century.

The World Health Organisation considers access to fluoride to be a human right.

Scientific evidence shows that there remains a very strong public health case for continuing and expanding the use of community water fluoridation, because it improves New Zealanders’ oral health and quality of life.

While the extent of tooth decay has reduced in recent decades, the disease remains more prevalent than other significant health conditions in New Zealand (such as asthma), particularly in unfluoridated areas and among disadvantaged New Zealanders.

The argument that water fluoridation is no longer necessary due to better oral health in New Zealand is not correct.

In fact, the improved oral health we now enjoy in New Zealand compared to the past is in no small way a direct result of water fluoridation.

We forget that very few New Zealanders are affected by water-borne diseases, thanks to water chlorination.

If chlorination was not used, we would have more water-borne diseases.

If community water fluoridation ceased, the severity of tooth decay would increase again, back towards historical levels.

Fluoride is a naturally occurring substance which is present at varying concentrations in water.

It is even detectable at 0.1ppm in the water of the Rattray St ”Speight’s” spring.

Community water fluoridation is not just a matter of fluoride addition; rather, it is the adjustment of fluoride levels up (or even down) to an optimal effective level for the prevention of tooth decay.

Adjusting the background fluoride level (which is generally about 0.3ppm) to 0.7-1.0ppm has a significant effect of reducing tooth decay among people of all ages.

This is particularly important in New Zealand, as we are a country with very little in the way of a publicly funded ”safety net” for adults who cannot afford dental care.

We also now know that, rather than being a disease of childhood only, tooth decay continues through life.

We respectfully request that when councillors consider the fluoridation issue, they be aware of current Ministry of Health guidelines and statements on fluoride, and that when formulating strategy they consult relevant experts at the University of Otago and the Southern District Health Board who are familiar with the relevant peer-reviewed literature.

We also advise councillors that anti-fluoridation arguments are often based on un-refereed internet resources or books that present a highly misleading picture of water fluoridation, rather than being based on objective science.

With this letter, we have included copies of an excellent Australian article from the journal Australia and New Zealand Health Policy, and the Victorian government publication Water fluoridation helps protect teeth through life.

Both are short, and are written for the benefit of public health officials.

We trust that the council will make the sensible public health decision to retain and expand community water fluoridation in our city.

Other articles on fluoridation
Making sense of fluoride Facebook page.

2 responses to “Experts speak out on fluoridation”