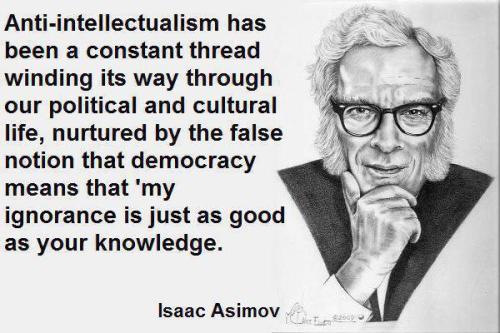 In Anti-fluoride activists unhappy about scientific research I related how local anti-fluoride propagandists were busy rubbishing the Royal Society of NZ  fluoride review – even before it was released. Now that it is released (see Health Effects of Water Fluoridation: a Review of the Scientific Evidence) they have gone into a manic mode – launching press releases and facebook attacks. Given that some of these were launched within hours of the report’s release these propagandists hadn’t bother actually reading the report itself.

These attacks are typical of anti-science people when confronted with scientific information undermining their strong beleifs. As we say in New Zealand, these critics “play the man rather than the ball.” But first, let’s deal with  the single criticism of the scientific content of the report – the question of the mechanisms of the beneficial roles of fluoride for teeth.

The anti-fluoride brigade has a thing about this – claiming that the mode of action of fluoride is by topical contact with the teeth – and then usually they try to claim only high concentrations, as in toothpaste, are effective topically. Anything to rule our a role for fluroidated drinking water.

“suggest that the predominant effect of fluoride is mainly local (interfering with the caries process) rather than systemic (pre-eruptively changing enamel structure), though the latter effect should not be dismissed.”

It then discusses the evidence for a systemic role in the section Contribution of pre-eruptive fluoride exposure to preventive effects.

“Despite a substantial body of evidence suggesting that the predominant effect of fluoride in mitigating the caries process occurs post-eruptively and topically, some recent studies provide additional evidence of a systemic effect of fluoride on pre-erupted teeth. Singh et al.[79] found that fluoride is acquired in enamel during crown completion in the first permanent molars, during the time that the matrix is formed and calcified in the first 26-27 months of life. The same group had previously evaluated the pre- and posteruptive effects of fluoride exposure at the individual level, controlling for multiple fluoride sources and potential confounders, and showed a significant effect of pre-eruptive fluoride exposure on caries in permanent teeth.[80] However, they determined that maximum benefit was gained by having both pre- and post-eruptive fluoride exposure. Other groups have also found that a higher percentage of total lifetime exposure to fluoride was associated with lower caries burden,[81-83] indicating that fluoride is effective throughout the lifespan, including pre-eruptively.”

Being a scientific review, let’s list the citations used in the section quoted. Interested readers can check them out:

Hardly suprising to anyone recognising that reality is rarely as simple as they might desire. The benefits of fluoride are confered both by a systemic effect on pre-erupted teeth and by a topical or surface effects on existing teeth.

“One surprise is that the review has gone so far as to claim that fluoridation works systemically (i.e. by swallowing) before teeth erupt.

This belief was not only scientifically discredited 15 years ago by the US Public Health Service’s Centers for Disease Control, but has also been acknowledged as wrong in court in sworn affidavits by Health Ministry representatives and is contrary to what the top consultant to the MoH’s National fluoridation Information Service told the Hamilton City Council last year”

No real citations there to list – just the “authority” of ignorance. The idea that, as Isaac Asimov said, “democracy means that my ignorance is just as good as your knowledge.”

I will leave aside for now the emotive language and personal attacks used by the anti-fluoride propagandists in their attacks on this review. Also, I will ignore their laughable suggestions for the “experts’ they would have liked to see on the review panel and their demand that such review should actually be a public discussion (yet they refuse to allow any open discussion on their own facebook pages!).

Let’s just consider why these people take the effort to submit press statements that few credible news sources would bother picking up. I discussed this in Anti-fluoridationist astro-turfing and media manipulation where I illustrated how planted press releases were picked up by tame “natural” health websites, Paul Connett’s Fluoride Alert website and their own Facebook and twitter social media. this self-promotion get’s requoted by anti-fluoride propagandists around the world – and sometime even makes its way into mainstream media.

Wellington Anti-fluoride dentist, Stan Litras, planted just such a press release. He provided a misleading headline Review ‘confirms fluoridation must end’ which was picked up and circulated by Connett’s Fluoride Alert. It has also been heavily circulated on Twitter and anti-fluoride Facebook pages.

I guess there are now a host of anti-fluoride activists around the world who actually believe the Fluoride Review produced by the Royal Society of New Zealand recommended the end of fluoridation!

Yet, in fact, the review concluded:

“Councils with established CWF [community water fluoridation] schemes in New Zealand can be confident that their continuation does not pose risks to public health, and promotes improved oral health in their communities, reducing health inequalities and saving on lifetime dental care costs for their citizens. Councils where CWF is not currently undertaken can confidently consider this as an appropriate public health measure, particularly those where the prevalence and severity of dental caries is high.”

How do these guys sleep straight in their bed at night?

16 responses to “Dirty politics on the Royal Society fluoride review”