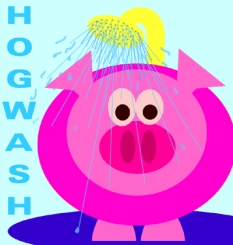 Concepts of “natural” and “unnatural” or “artificial” ( or even “industrial”) fluoride often come up in the fluoride debates. Some fluoridation opponents claim “natural” calcium fluoride is quite safe, maybe even necessary for the body, but “artificial fluorides” are toxic. For example, a recent commenter stated:

“I understand that the addition of calcium fluoride to our water supply could be a safe alternative as its use in the small quantities needed would not be harmful. It is not very reactive, but has the desired effect on teeth.”

One of the arguments used is that the presence of calcium is what makes calcium fluoride (CaF2) good, whereas its supposed absence with “artificial” or “industrial” fluorides makes these bad. Anti-fluoride campaigner Eron Brokovich put it this way in here recent “open letter” to the US Institute of Medicine / National Academy of Sciences:

“The 2013 study of chemist Dr. Richard Sauerheber examined the differences between aturally occurring Calcium Fluoride and the highly toxic Industrial Fluoride used in water supplies. Dr. Sauerheber confirmed that the calcium in CaF(sic) makes the fluoride much less absorbable by the human body and therefore less toxic when ingested in that form, whereas the industrial fluoride is . . .  highly absorbable . . .”

Sauerheber’s paper (which Brockovich relies on as “evidence”) is a meandering and naive anti-fluoridation rant, published in a shonky journal. But anti-fluoridation propagandists treat “peer-reviewed friendly papers like this as pure gold, so they do tend to rely on them. But don’t take my word for this – here is the citation for anyone wanting to check out the paper

Sauerheber’s (and therefore Brockovich’s) argument is that calcium in CaF2 reduces assimilation of fluoride into the body and, therefore, renders it non-toxic. He says, for example:

“Natural mineral fluorides are not absorbed well when ingested because of the natural metal cations that accompany fluoride. Having no biologic similarity at all with natural fluoride  minerals, industrial manufactured fluoride compounds have cations that replaced those in the natural mineral. . . . . Free fluoride ion in some water supplies as a contaminant is naturally present
from natural fluoride minerals that exhibit low solubility. The equilibrium double-arrow natural partial dissolution of the insoluble solid into some waters is given by:

“Fluoride minerals are not neurotoxins, because fluoride is not absorbed from ingested minerals. Free fluoride ion in drinking water can be so classified, but industrial fluoride sources are assimilated more readily than fluoride from hard water or from natural calcium fluoride.”

True, the most commonly used fluoridating chemicals are fluorosilicic acid, sodium fluosilicate or sodium fluoride. These do not contain calcium. But wait a minute! These chemicals are drastically diluted in the water supply which already contains calcium from natural sources, and sometimes from water treatment chemicals like lime. 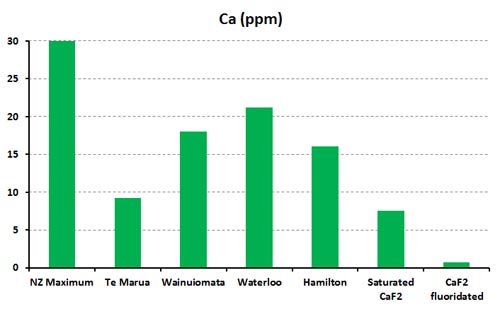 All this talk about “natural” CaF2 somehow being “safe” because it contains calcium, whereas the fluoridation chemicals used do not contain calcium, is hogwash There is plenty of calcium even in “soft” drinking water – far more calcium that could be derived from “natural” CaF2 if it were used to produce the optimum concntration fo fluoride used in community water fluoridation.

This entry was posted in Health and Medicine, SciBlogs, science, Science and Society and tagged calcium fluoride, fluoridation, fluoride, SciBlogs. Bookmark the permalink.