In my post, European and Māori major non-believers in NZ, I posed the question:

“I wonder if these non-religious Māori feel as offended as I do when a Christian prayer, disguised as a karakia, is imposed on them?” 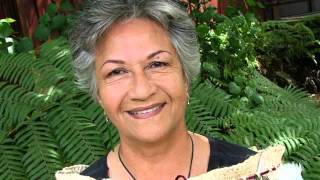 So, I was pleased to get this article from a reader. It has just been posted on ON LINE  opinion  – Australia’s e-journal of social and political debate.

Ngaire reveals how karakia have been co-opted by Christians. As she says: “The word karakia then became just another tool of colonization.” She also goes on to argue against religious instruction on our secular school system.

I am a life member, past president, and now Trustee of the New Zealand Association of Rationalists and Humanists in Auckland. I am a member of The Maori Women’s Welfare League. I am a Justice of the Peace.

I believe that there should be no ‘school prayer’ no ‘religious dogma’ or ‘creed’ taught in our state schools. Our state sponsored schools should be run on strictly secular, ‘separation of church and state’, non-sectarian principles.

Before the missionaries introduced Christianity into Aotearoa New Zealand, we Maori had karakia. These are customary, mostly secular, ritual chants. These traditions and customs continue to be an innate and important part of our culture. We still open and close numerous ceremonies with karakia.

There are hundreds of different karakia that are used for different occasions, but the majority of New Zealanders think there is only one.

The traditional karakia that is used to open and close ceremonies is not a Christian prayer, it is a ritual chant, a set form of words to state or make effective a ritual activity. Karakia are recited rapidly using traditional language, symbols and structures.

The early missionaries saw Maori traditions through a Biblical framework and believed that karakia was always a prayer, so they took the word and reinterpreted it to mean Christian prayer. The word karakia then became just another tool of colonization.

If the few kaumatua (elderly Maori) who articulate the karakia, are Christian, they will continue to misrepresent our customary karakia. This puts them into direct conflict with our pre-colonization customary traditions.

This is not to say that our customs and traditions cannot evolve to meet the changing times. They have and they do. We, the indigenous first nation people of Aotearoa, have a Treaty partnership with the New Zealand government. Our social customs are an important part of the cultural diversity of this country, recognised in the Treaty of Waitangi, and as such, are inviolable.

In New Zealand, the religions of Christianity, Judaism, Islam and others, have the privilege of state funding for their private schools and buildings of worship, but it seems that those privileges are not enough for them.

We atheists, freethinkers, or indeed, open religiously-minded parents who believe in the separation of church and state, enrol our children into a state school, believing that the school will be free from any form of religious prayers, hymns or instruction.

Children are susceptible and suggestible, and will, without question, believe anything an adult tells them. To take the mind of a child and teach them about religion as if it were an established fact, is tantamount to child abuse and the state should not be encouraging it.

In some of our state schools the practice of segregating/separating religious and non-religious children into groups for religious instruction is unprincipled, and encourages discrimination between the two groups in the playground.

The New Zealand Bill of Rights Act 1990 permits religious instruction and observance in schools as long as it is done in a way that does not ‘discriminate’ against anyone who does not share that belief. But as long as religion in any form is enabled by government to allow instructions/prayer in our state schools, then discrimination is an inevitable fact.

It is not a question of equal access to children’s minds for all, it is a question of allowing innocent children the right to come to a belief in their own good time.

The 2013 New Zealand Census found that the population of indigenous Maori stood at 598,605. Of that, 263,517 of us Maori ticked the ‘no religion’ box. That was 46.3 per cent of Maori, almost the same percentage of New Zealanders of European descent, at 46.9 per cent, with no religion.

These figures show that in spite of two centuries of pressure from the dominant Christian religious culture of New Zealand, Maori are rapidly breaking free from dogmatic religion.

The New Zealand Bill of Rights Act 1990 states that everyone has the right to freedom of thought, conscience, religion, and belief, including the right to adopt and to hold opinions without interference.

As one of the 263,517 Maori who have no religion, I believe that our conscience, our freedom of thought, our freedom from religion, are, with the aid of the state, being jeopardized through the prejudice of privileging religion through our taxes and our schools..

Since colonization, the arrival of other religious traditions on our shores have compromised Maori karakia, as I discussed above, and entrenched mainly Christian indoctrination in our state schools.

If we fail to remove all religion from our state schools we will be sacrificing our future well-being merely in order to appease imposed religious belief systems that show little, or no tolerance, toward those who disagree with them.

This entry was posted in New Zealand, religion. Bookmark the permalink.