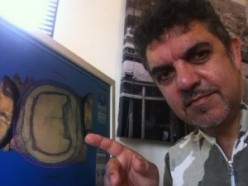 Wellington anti-fluoride campaigner, Stan Litras, has penned an “open letter” about community water fluoridation (CWF) to the Associate Minister of Health, Peter Dunne. He titles his document  HEALTH RISKS TO NEW ZEALANDERS FROM FLUORIDE) but, as we would expect, it is full of distortions and outright misrepresentations. (I have discussed some of Stan’s previous misrepresentations of the science of CWF in my articles:

A blatant  misrepresentation of WHO recommendations

I will just concentrate here on Stan’s whopper about the World Health Organisation’s (WHO) recommendations on the  of monitoring total fluoride intake for populations considering and implementing CWF. It is central to the recommendations he makes to Mr Dunne.

WHO does recommend monitoring the fluoride ingestion by a population before and after implementation of programmes for supplementing fluoride intake (eg., CWF, fluoridated salt and fluoridated milk). This is to make sure that fluoride intake is neither too low for providing dental benefits or too high when problems of dental fluorosis can occur. However, this following claim of Stan’s is just untrue:

WHO notes that community level analysis is inadequate for assuring safety of all individuals.”

Let’s see what WHO actually recommends. Stan “cites” the WHO document “Basic Methods for Assessment of Renal Fluoride Excretion in Community Prevention Programmes for Oral Health,” to support these claims but he does not appear to have actually read the document.

Here is what the WHO document actually recommends:

“public health administrators should assess the total fluoride exposure of the population before introducing any additional fluoridation or supplementation programmes for caries prevention.”

“Today, there are many sources of fluoride, and this needs to be taken into consideration when planning a community caries prevention programme using fluoride.”

And it concludes from the available research reviews that:

“at present, urine is the most useful biomarker of contemporary fluoride exposure.”

But notes its limitations – such as, the influence of diet (vegetables and meat influence the pH of urine and hence the degree of excretion of ingested fluoride through the urine), within-subject variation, lack of correlation between urinary fluoride excretion and fluoride intake and uncertainty about levels needed to give protection. It quotes the conclusion of Rugg-Gunn et al., (2011) in their book chapter “Contemporary biological markers of exposure to fluoride:”

And then goes on to warn:

This is the exact opposite of Stan Litras’s claim. The monitoring must be done at a group level – with proper care to make sure of random selection of people to sample. This publication provides lower and upper margins of optimal fluoride intake and the average daily fluoride excretion recommended for fluoride levels to be optimal.

Just to be clear – the limitations due to diet are not caused by the fluoride content of the foods but their different effects on urine pH and hence the excretion of fluoride in the urine. Random selection of people to sample allows these dietary variations to be averaged out for the group.

In fact, the WHO publication describes the methods for “studies” aimed at monitoring a population or group – not for monitoring individuals. So it does not support Litras’s recommendation that our public health system regularly monitor the fluoride level in individuals. And Stan’s claim that WHO asserts community level analysis is inadequate is completely false. It is, in fact, the individual level analysis that is inadequate.

“Monitoring the fluoride levels in individuals” is central to Stan’s advice to Mr Dunne. He is just fear-mongering as this is neither necessary nor meaningful for the normal person. The before and after monitoring of groups recommended by WHO is simply to check if fluoride ingestion is inadequate before the introduction of fluoride supplement schemes like CWF – and to make sure that, after the introduction of the scheme, fluoride ingestion levels fall within the optimum range.

There is absolutely no suggestion by WHO that normal individuals should be regularly monitored for fluoride levels as Stan is recommending. He want’s to see this because it would cause unwarranted concern in the population.

While the WHO document recommends “priority is given to children of the
younger ages because of their susceptibility to enamel fluorosis” it does recognise a value in monitoring some adults. For example:

“adults, exposed to fluoride in certain industries (for instance aluminium production, addition of fluoride to water, salt or milk, or exposed to drinking water with excessively high fluoride concentrations).”

These are not normal members of the population – but the increased risk of exposure resulting from their professions could warrant some sort of regular testing regime. I compare this to the monitoring of people working with ionising radiation sources like X-ray machines or handling radioactive isotopes. The wearing of radiation detection badges and regular blood testing is warranted for these people – where it is not for the ordinary person in the street who is exposed just to background radiation and the occasional X-ray.

I imagine, then, that regular individual monitoring could be advisable for water treatment staff handling fluoridating chemicals – and dental technicians and practitioners who handle fluoride containing dental formulations such as varnish and filling materials.

A question to Stan Litras

I know for a fact that Stan Litras uses fluoride-containing dental formulations in his practice. Has he organised for regular testing of himself and his staff for possible fluoride contamination? Is he recommending that any of his patients treated with such material receive regular fluoride testing?