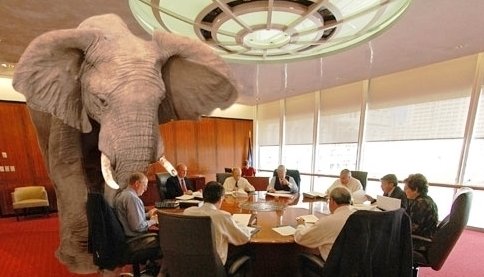 Fluoridation. Let’s not ignore the elephant in the room – the need to separate scientific review from community consultation.

Most health officials and science-minded people welcomed the recent announcement of the government’s plan to transfer decisions on water fluoridation from local councils to district health boards (see Fluoridation decisions to be made by District Health Boards). But the welcome was, in most cases, luke warm. The health and scientific community would probably have preferred that central government take on that responsibility itself. Given that District Health Boards employ staff with much more scientific and health expertise than councils the decision was seen as one small step forward – by a government too timid and politically sensitive to local backlash to “go the whole hog.” But I believe this step ignores the elephant in the room – the need to separate the review of the science from political considerations such as community consultation.

On the other hand, anti-fluoride campaigners have presented the decision as a giant step backwards – at least in their public announcements and campaigns. But their disingenuous claims (describing the step as introducing mandatory fluoridation and removing democratic consultation) suggest this has more to do with scaremongering and rallying of the troops. In reality, they probably welcome the announcement of the plans as providing them yet another chance to deluge the public and politicians with their misinformation and scare stories.

I fear that the government’s moves may turn out to be only one step sideways – although the required legislative process does provide possibilities to make changes that clearly separate scientific consultation from community consultation. That would be a step forward

Simply transferring the hysterical discussions from elected local councils to elected district health boards will provide the same level of access by ideologically and commercially motivated campaigners and their misinformation. In practice, the elected members of health boards may suffer the same degree of scientific ignorance, ideological biases and hubris amply demonstrated by local councils in the past.

Anti-fluoride campaigners recognise this. They already have supporters on some health boards and are consciously planning to increase their numbers with upcoming local body elections.

Jane Clifton recognised that this sideways step is the most likely outcome in her recent NZ Listener column (subscription required):

“Finally rolling up its sleeves to sort out this nonsense once and for all the Government has  . . .  relocated the decision with district health boards. DHB members are no less subject to fearsome lobbying than councils, so this major public health issue will remain the push-me, pull-you of unqualified, internet-schooled amateur lobbyists and ill-equipped local politicians.”

She says controversies like this are “beyond” councils as demonstrated by the “wondrous variety in their deliberations over fluoridation.”

According to the Ministry of Health, the government’s plans require an amendment to the New Zealand Public Health and Disability Act 2000. Page 19 of this act has the following section describing a public health advisory committee:

I think this advisory committee should be given responsibility for the  overseeing and regular review of the science around community water fluoridation. It could do this by commissioning bodies like the Royal Society of NZ and the Office of the PM’s Chief Scientific Advisor in the same way the Auckland Council on behalf of several local Councils did last year to produce the report Health effects of water fluoridation : A review of the scientific evidence (Eason et al., 2014). Maybe an approach similar to the previous National Fluoridation Information Service, which continually reviewed the literature, could be used. Or maybe such scientific consultation could be tailored to fit the specific situation taking into account any movement in the science and public concern.

Clause 2 above enables consultation with “any interested organisation or individual that the committee considers appropriate.” That would give scope for the credible serious opponents to the currently accepted science but, hopefully, would exclude (or reduce the significance of) the  mindless political campaigner and form letters in submissions.

Yes, the anti-fluoride campaigners would moan about the requirement that submitters be “appropriate” – but the honest ones should welcome the chance to present their scientific claims to a scientifically credible body.

Ideally, then, legislation could provide that scientific consideration is separated from the community consultation when fluoridation of a community is considered. It could make clear that the elected district health boards should not consider the science – that they are not the appropriate body for this. Their role should be to make recommendations after consideration from their staff on the oral health of a community and the need and practical possibility for community water fluoridation.  The board would also have a responsibility to consult the community to determine if fluoridation proposals are supported.

But, please, don’t let such elected boards become bogged down with sifting through piles of submitted misinformation about the science as councils have been. Otherwise, we will just see a future demand, this time from DHBs, for central government to take responsibility for the issue.

At the moment, we are unclear how the new legislation will pan out. Anti-fluoride campaigners are taking advantage of  the current situation to scaremonger (both about fluoridation and about democracy in general) and spread misinformation. They are making the most of this – and probably enjoying the opportunity as these sort of campaigners recognise that the campaign itself brings more psychological  benefits than the actual decisions.

But the drafting and consideration of this new legislation provide opportunities to turn what could be just a small step sideways into an actual step forward. This could be the time to attempt a separation of scientific considerations and reviews from community consultations.

Perhaps the health and scientific communities could learn a little from the anti-fluoride campaigners activity though. Rather than allowing such campaigners to bombard our lawmakers with their misinformation without challenge, as is currently happening, perhaps there is some scope for sensible lobbying to strengthen the legislation by clarifying that scientific considerations must take place at the central government level and be separated from local consultations.