Ethics and the doping scandal – a response to Guest Work 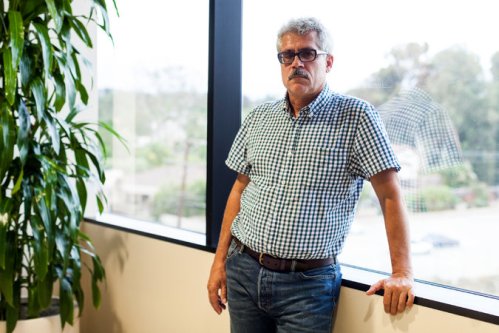 International Olympic Committee (IOC) decisions about participation of athletes from the Russian Federation in the Rio Olympics have brought both criticism and support – from the political as well as the sporting communities.

The issues of sports doping, the responsibilities and actions of sporting bodies and the political context and factors all need discussing. So I am pleased to see a Guest Work blog post at SciBlogs from Ian Culpan discussing the ethical questions involved (see Ethics, Doping the Olympics and Russia).

But I think the article missed important ethical considerations and I do not think the issue can properly be discussed without these. To me the following ethical and legal principles, which Ian did not discuss, are central:

The Russian Federation does have a problem with sports doping. It should be in everyone’s interests for this to be dealt with. Interestingly, the Russian national officials and politicians do appear to be cooperating with international sports bodies. They have transferred testing of athletes to non-Russian laboratories. Officials (including the deputy Minister of Sport) implicated by Richard McLaren’s World Anti-Doping Authority (WADA) commissioned report have been suspended pending investigation. The President himself has urged officials not to react defensively but to deal with the problem.

Grigory Rodchenkov, the former head of Moscow’s anti-doping laboratory, was a key figure in the current scandal. He was taking bribes to supply illegal drugs to athletes and (apparently) to enable falsification of test results. When he was sacked and criminal proceeding taken against him he fled to the US. Now treated as a “whistle blower” instead of a criminal he made charges implicating higher officials in the doping scandal. His claims made in a May New York Times article (see Russian Doctor Explains How He Helped Beat Doping Tests at the Sochi Olympics) sparked the decision of the WADA to commission the McLaren report.

Richard McLaren’s report effectively supports Rodchenkov’s claims and found Rodchenkov to be trustworthy. But this appears to be McLaren’s opinion, rather than a conclusion based on testing of claims and evidence. There was no attempt to interview officials in the Russian Federation which is surely required for a proper evaluation. And results of the “forensic testing” commissioned by McLaren (DNA data and testing the methods for removing and replacing seals on sample vials and scratches on the vials) are not even included in the report. We are asked simply to accept his judgment on these.

I agree, the time limit of 57 days may well be to blame but in the absence of presentation of the forensic evidence, relying on the claims of an obvious criminal and lack of any consideration of evidence from Russian officials I think Culpan’s judgment the report “seems to contain irrefutable evidence” is just not valid. To interpret a situation where there had been no opportunity given to refute as meaning the evidence was “irrefutable” is hardly fair. Or ethical.

The reliability of the McLaren report and the information he gathered appears to be unravelling – according to articles in The Australian (unfortunately behind a pay wall but see WADA ‘sexed up’ anti-Russia case, implicated clean athletes – Australian media, citing officials). These claim the president of the Australian Olympic Committee, John Coates, who is also an IOC vice president, wrote to Australia’s Health Minister Susan Ley, saying that the IOC had a “lack of confidence in WADA.” There are also problems with the list of “implicated” Russian athletes not named in McLaren’s report but provided to the sporting federations by McLaren. The Australian cites a senior sports official as saying “We were asked to make a judgment about Russian competitors based on McLaren’s report but without having any of the detail to understand the significance of them being named.”

For Richard McLaren’s description and defence of his work see ‘No time to ask Russia’s opinion, I had enough evidence anyway’ – WADA doping report author to RT

Unwarranted judgments are easily made in the context of the current geopolitical struggle and the resulting information war. They can have consequences which are hardly ethical and I think Richard McLaren himself is concerned about this. He said recently:

“The focus has been completely lost and the discussion is not about the Russian labs and Sochi Olympic Games, which was under the direction of the IOC.”

“But what is going on is a hunt for people supposed to be doping but that was never part of my work, although it is starting to (become) so.’’

“My reporting on the state-based system has turned into a pursuit of individual athletes.’’

This treatment of individual Russian athletes, which was described as being like a “Stalinist witch hunt” by one commentator, is what concerns me. I think this raises ethical issues.

This seems so fundamental to our legal (and ethical) system I just cannot see why critics of the IOC have been so prepared to ignore it – or worse, knowingly violate the principle.

These clean athletes justifiably ask “Why me?” Russian sports fans may well be thoroughly disappointed by this scandal and particularly with athletes and officials who have found to be guilty of doping. But you can understand they are also angry at the unfairness of such discriminatory and unethical judgments made against their clean athletes.

Punishing clean athletes for the crimes of those who used doping is simply collective punishment. It brings to mind the actions of Nazi occupiers in Eastern Europe who killed innocent villagers (or in some cases killed entire villages) as collective punishment for the actions of partisans. For the life of me, I cannot see how those critics who believe that the entire Russian Olympic Team should have been punished for the (as yet unproven) crimes of some officials consider they occupy the “moral high ground” as Culpan appears to argue.

Not that collective punishment is anything new when it comes the history of staging important international events by the Russian Federation (and the previous USSR). In the 1980s we saw boycotts of the Moscow and San Francisco Olympics. Attempts at collective punishment of entire nations because of disagreements in the international political arena.

There were attempts to inject political issues into the Sochi Olympics, and even promoting the idea of boycotts,  and who seriously doubts that there will be political attempts to harm, or even prevent, the 2018 World Football Cup in the Russian Federation.

Yet, international sporting and cultural events offer great opportunities to encourage goodwill and understanding between nations. They should not be used as weapons in the geopolitical struggle – because that, in turn, only enhances that struggle and harms peace.

Political motivations can prevent a solution

Fortunately, the IOC avoided a blanket ban on athletes from the Russian Federation, despite coming under political pressure to do so. The consequences of such an unprecedented and radical step may have been unpredictable but include a possible break-up of the Olympic movement. This would not have solved the sports doping problem.

As things stand there is now room for progress in a proper investigation of the charges made by Rodchenkov – particularly those suggesting the involvement of state officials. Such serious charges, made by someone facing criminal action, should not be left as they are without a proper balanced investigation. And this investigation must involve officials and legal bodies from the Russian Federation. It is hardly surprising that McLaren’s report is now being described as unfinished. The Australian articles reported IOC spokesman Mark Adams as saying:

“To have someone who didn’t (commit) a competition doping offence but was counted as such is a very dangerous thing. We encourage a full report by Professor McLaren before we make any full and frank ­decisions.’’”

Surely such a proper investigation will have more chance of eliminating Russian sports doping and corruption than external allegations primarily based on claims made by someone fleeing criminal proceedings.

Finally, we should not allow the current concentration on Russian sports doping to fool us into thinking it is only, or even primarily, a Russian problem. The fact is that sports doping is world-wide and there is plenty of evidence that international sporting bodies themselves are not free from corruption.

I presented the most recent official data from WADA n my article Quantifying the problem of international sports doping. This showed that the proportion of positive doping tests for Russian athletes was just less than average for the whole world. More importantly, there are a number of nations with a higher proportion of positive doping tests than the Russian Federation – including India, France, Belgium, Mexico and Turkey.

Yes, the data was for 2014. It did not (could not) cover the current Russian doping scandal or the McLaren report. But let’s not rely on an unethical presumption of guilt to discredit the data.

Let’s not allow geopolitical differences and prejudices get in the way of battling the sports doping problem.

And let’s not allow such differences to lead us to ignore important ethical principles.