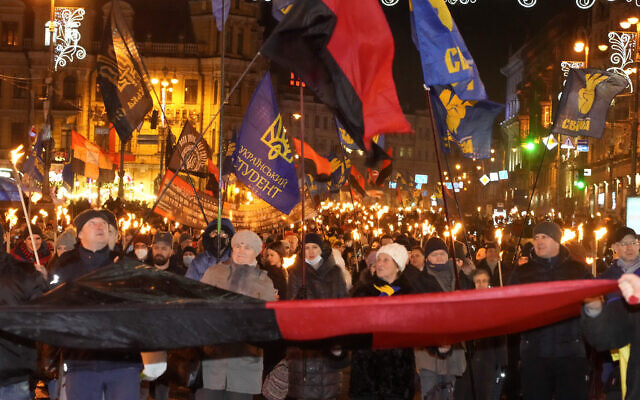 Activists of various nationalist parties carry torches during a rally in Kyiv, Ukraine, Saturday, Jan. 1, 2022. The rally was organized to mark the birth anniversary of Stepan Bandera, founder of a rebel army that fought against the Soviet regime and who was assassinated in Germany in 1959. (AP Photo/Efrem Lukatsky)