The “heart of the Syrian chemical weapons programme” destroyed? 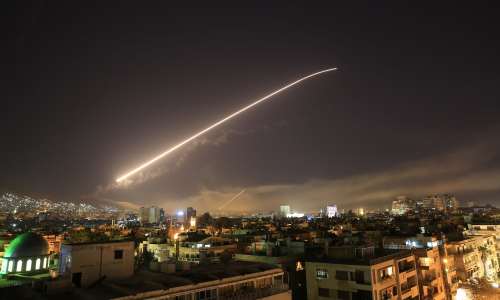 We all know the first casualty of war is the truth. However, it seems that the time truth really gets a flogging is after a highly publicised military operation. All the levels of patriotism, nationalism and bravado are used. No faults can be admitted. And the “enemy” always suffers a horrible defeat.

Then, of course, dissident voices get suppressed or vilified. That is until everyone calms down and the truth starts to sink in.

It has happened before, (remember Iraq). It will happen again. And, although it may be too early to completely burst the bubble of self-declared victory, it happened again in the weekend with the missile attack on Syria by the French, UK and US (the FUKUS team). 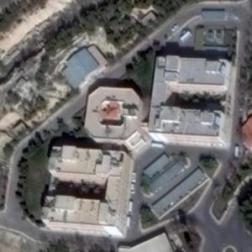 The Barzah Scientific Research Centre, Damascus, before the weekend attack

But the truth is already coming out. The whole attack was based on a lie. The constant reference to proof from classified evidence is complete nonsense. We can see this clearly in the case of the main target – the Barzah Scientific Research Centre.

This centre was completely destroyed. Most of the missiles launched (76 out of about 105) targeted this centre. But why? 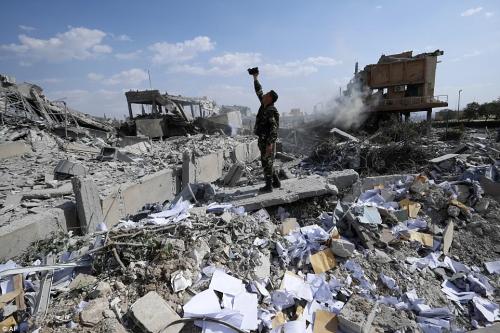 A Syrian soldier films the damage at the site of the Barzah Scientific Research Center in Damascus on Saturday morning after it was annihilated by 76 missiles. Image source: Daily Mail: Pentagon celebrates airstrikes which ‘crippled’ Syria’s chemical weapons arsenal

So there you have it. This is maybe the key “fact” that the FUKUS military action centred on. The claim that the  Barzah Scientific Research Centre was the “heart of the Syrian chemicals weapon program.” That’s where most of the destruction occurred, where most of the missiles were targeted. And US spokespersons claim they have successfully destroyed the Syrian chemical weapons programme.

What does the OPCW say about this centre?

While the FUKUS team has not supplied a single verifiable fact to support their action the Organisation for the Prohibition of Chemical Weapons (OPCW) has supplied plenty of evidence to show the attack was based on a lie. And that evidence was surely known by the intelligence communities in France, UK and USA.

That OPCW evidence is in official reports from their investigators who regularly monitor possible chemical weapons sites in Syria (and other countries). The OPCW regularly monitor the  Barzah Scientific Research Centre. Here is an extract from one of the latest OPCW reports (23 March 2018) which refers specifically to the Barezeh Scientific Research Centre (see OPCW Document EC-88/DG.1 “PROGRESS IN THE ELIMINATION OF THE SYRIAN CHEMICAL WEAPONS PROGRAMME”).

France, the UK and the USA are, together with Syria, signatories to the Chemical Weapons Convention (CWC). They have access to all these documents. In fact, they have members on the OPCW Executive Council who actively peruse these documents. The permanent representatives are Mr Philippe Lalliot for France, Mr Peter Wilson for the UK and Mr Kenneth D. Ward for the USA. FUKUS must have known that regular inspections did not show the presence of any chemical weapons or relevant chemicals at the Barezh Scientific Research Centre.

OK – they may well argue that these weapons had arrived since the last inspection (last November) or are hidden from the inspectors. If they honestly believed that then they should have used the “‘challenge inspection’ provisions” of the Convention:

Comments from a worker at the centre

The morning after the attack, France 24 interviewed Said Said, an engineer who is head of the centre’s paint and plastics department (see At destroyed Syria lab, workers deny producing toxic weapons):

“The building had three storeys: a basement, ground floor, and second floor. It had labs and departments that were unfortunately completely destroyed, with all their equipment and furniture. Thank God, no one was here. As we work in civilian pharmaceutical and chemical research, we did not expect that we would be hit.”

According to Said Said only non-lethal research and development occurred at the centre. It had been producing antidotes to scorpion and snake venom while running tests on chemical products used in making food, medicine and children’s toys.

“If there were chemical weapons, we would not be able to stand here. I’ve been here since 5:30 am in full health — I’m not coughing.”

The OPCW had visited the site in Barzah in recent years and had declared it free of any toxic weapons.

“The OPCW used to stay in the two upper rooms, and use the labs, and we would cooperate with them completely. The OPCW has proven in two reports that this building and the centre as a whole are empty and do not produce any chemical weapons.”

Here is a video of the interview referred to by France24:

The FUKUS group clearly knew there were no chemical weapons at the Barzah Scientific Research Centre.  They had access to all the OPCW information on that centre. They claim to have relied on classified intelligence to make a different assessment. But that is clearly a lie – not only because “classified’ is the oldest trick in the book to hide the fact there is no evidence. But because any such evidence should have triggered a request by them for a “challenge inspection” – a request which could not have been refused by Syria.

Of course, we are still in the in the propaganda phase of this operation. Patriotism and jingoism are still driving the narrative of officials and politicians. The mainstream media suffers from this too and most real informaiton is coming from alternative media.

But these warmongers have an answer for that. According to Pentagon spokeswoman Dana White:

“The Russian disinformation campaign has already begun. There has been a 2,000% increase in Russian trolls in the last 24 hours therefore we will keep you all abreast of the facts moving forward.”

I expect to be labelled one of “Putin’s useful idiots” (again) or – and this is a new one – one of “Assad’s useful idiots,” any day now for daring to look at the real facts behind this missile attack.