Who were Stalin’s victims?

I hate it when people talk about persecution of their ideological comrades whilst ignoring persecution of other people. Especially when their comrades may be only a small part of the total persecution.

This happens a lot with religious apologists who distort history to claim that repression by dictators like Stalin, Hitler, Mao and Pol Pot were examples of atheists suppressing believers. Unfortunately, it’s not only the religously motivated who distort history this way. I mentioned an example of this in my review of James Berlinerblau’s book How to Be Secular: A Call to Arms for Religious Freedom

. In this Berlinerbalue wrote of the Stalin Terror as if it was a case of atheists persecuting Christians. I wrote:

“”It is just too simplistic (if ideologically satisfying to many historians) to present the myth of a persecuted and banned religion and Orthodox Church during the period of communist power. After all, the most dangerous organisation to belong to during the Stalin Terror of the 30s was the Communist Party – half its Central Committee disappeared in the space of a few years between two Congresses so imagine what it was like in the ranks. Persecution at that time was widespread so it is wrong to draw general conclusions only from persecution of church members then.”(see Secularism – its internal problems).

So, I was intrigued to find a database prepared by the Russian Memorial Society itemising specific cases of executions in Moscow at the height of the Stalin terror. The database has an associated map function – seen pictorially it does show how bad that period was. 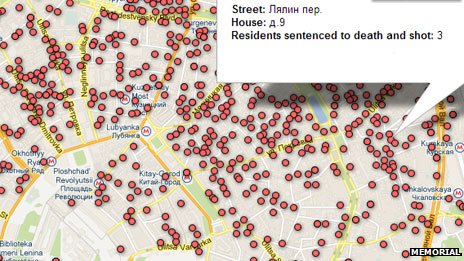 As expected such a database may never be complete – but this one is detailed. The Memorial Group has obviously worked hard to ensure the victims of this repression won’t be forgotten. But because of the detail it’s possible to actually quantify to some extent the claim I made in the above review.

There are 11,170 names in this database. Quite a number. I spent some time searching through the details and identified 28 names of priests. Twenty eight! I tell you they were few and far between. Then I searched for communists – specifically members of the CPSU(B). They were everywhere. I counted about 5450!

I agree – a very amateurish search. After all there will be believers who were not identified as priests. Maybe some of the CPSU members were believers. And there were members of other communist parties – such as the Lithuanian, Latvian and Polish parties. But the figures give some idea.

Frankly, I think it was far more dangerous to be a communist in the Soviet Union during the Stalin Terror than it was to be a Christian.

Here are the details of a few of the priests:

And these three from one residence:

And here are a few of the others:

Israel Kleiner M., b. 1893, in Chisinau, a Jew, a member of the CPSU (b), (former anarchist), chairman of the Committee for the procurement of agricultural products at SNK. Address: ul.Serafimovicha, 2 (Government House), kv.46. Executed26/11/1937. Place of burial: Don.

Thanks to Daniel Sandford, BBC, In Moscow, history is everywhere

Now I’m to blame for Stalin!

The Stalin terror was an argument used against communism or socialism but now it’s atheists who are getting the blame. To an extent this is a reaction by some Christians to the recognised role of religion in modern terrorism (especially 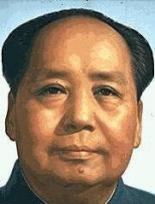 after the September 2001 terrorist attacks in the USA). Maybe its also a Christian reaction to recent atheist writings on this. I can’t help thinking, though, that the motivation behind this blame is the old religious argument that one cannot be moral without religion and a new attempt to demonise atheists.

Some of the atheist writing on the role of religion in terrorism need criticism (see my post Sources of evil?). However, I want to deal with arguments about Stalin and Mao Zedong here because, though inappropriate, these arguments are getting some traction.

In a sense, the crimes of Stalin, Mao and the Christian Inquisition are problems for all of us.