Anti-fluoride campaigners often cite a limited number of papers published in scientific journals as evidence for their claims that community water fluoridation (CWF) is harmful. They do this to give some sort of scientific credibility to their claims – but the citations are far from scientific as they are usually cherry-picked, misrepresent the cited papers or use poor quality papers which are often not peer-reviewed, or poorly peer-reviewed, and written by fellow anti-fluoride campaigners.

The hypothyroidism paper (Peckham et al., 2015) received negative reviews immediately after publication and a number of peer-reviewed responses have since been published. The latest response by Foley (2015) is useful because it gives a thorough critique of several faults in the Peckham paper. It is available in full text on-line:

Here is a summary of some of the points covered by Foley:

The sort of statistical analysis of data used in the Peckham et al., paper should always consider confounding effects – otherwise the analysis is simply an exercise in confirmation bias.  Foley says:

“Peckham et al. show little understanding of confounding factors, and have made only a token attempt at considering their impact. The authors mention the ecological fallacy, but then ignore its implications in strongly implying a causal link between water fluoridation and hypothyroidism.”

The confounding factor that sticks out like a sore thumb is iodine – or its deficiency. Iodine deficiency is associated with hypothyroidism and there are moderately to severely deficient levels of iodine across the UK. Foley points out: 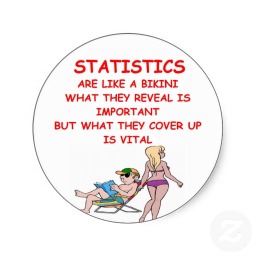 Iodine intake could potentially be associated with fluoridation status, yet Peckham et al. discounted its effects claiming “it is unlikely that there are significant differences [in dietary iodine intake] between people, living in fluoridated and non-fluoridated areas.” That is just not good enough and simply confirms the bias of the authors – especially as they had already referenced a study showing “greatly differing urinary iodine levels in groups of schoolgirls from major UK cities, with 17% of participants showing moderate to severe deficiency.”

As Foley points out:

“. . iodine intake is associated with the outcome variable, hypothyroidism. Iodine intake could certainly confound any statistical association between fluoridation status and hypothyroidism. So why wasn’t this considered by the authors? Authors also failed to consider the impacts of smoking, medications and other factors known to contribute to hypothyroidism.”

Ignoring or downplaying confounding effects is a common trick used by those who have a bias against CWF. I referred to this in my articles Connett misrepresents the fluoride and IQ data yet again, and Connett & Hirzy do a shonky risk assessment for fluoride. Connett uses data showing a correlation of IQ with urinary fluoride explaining only 3% of the variation in IQ. The statistical  analysis did not consider confounding effects which could easily have eliminated the correlation with fluoride.

Another example is the ADHD paper of Malin & Till where a significant correlation with CWF disappeared when confounding effects were included in the statistical analysis (see  ADHD linked to elevation not fluoridation, ADHD link to fluoridation claim undermined again).

Authors inevitably show some bias in the citations they select, but anti-fluoridation proponents carry this to the extreme. Citations are cherry-picked to support their case and the rest of the literature usually ignored (or ridiculed) to give the impression there is a large amount of scientific support for their case.

Foley criticises the Peckham paper for this sort of citation – and for “inappropriate self-citation.”

Credit: Self-citations, is it worth to work on them?

Peckham et al., demonstrates how to use self-citation as a way of getting claims from a poor journal into a  mainstream journal. Foley mentions their self-citation of a earlier paper opposing CWF – Peckham & Awofeso (2014), Water Fluoridation: A Critical Review of the Physiological Effects of Ingested Fluoride as a Public Health Intervention, The Scientific World Journal Volume 2014 (2014):

“Scientific World Journal has a well-publicised history of colluding with other journals to self-cite authors’ papers to increase journal impact factors. The referenced Peckham and Awofeso paper is unusual in that many unattributed paragraphs, including factual errors, are almost identical to paragraphs from a previous Awofeso paper. This paper in turn has unattributed paragraphs almost identical to paragraphs on webpages belonging to the National Institute of Dental and Craniofacial Research and a popular chemistry website.

I discussed this journal and Peckham & Awofeso (2014) in my article Peer review, shonky journals and misrepresenting fluoride science.

So, get a biased article published in a shonky journal (usually by paying publication fees to avoid proper peer-review) and then cite it in later papers to give dubious credibility to current claims.

But again and again Peckham et al., (2015) cites papers which don’t really support the claims they make. For example, they cite Feltman & Kosel to support their statement that “the effects of fluoride on the thyroid have long been observed.”

“But Feltman and Kosel’s only mention of the thyroid is a single sentence that other researchers ‘…report that fluoride is a thyroid inhibitor’. Their only references for this statement are a personal communication with US Public Health Service researcher Floyd De Eds, and a 1954 paper that studied delayed tooth eruption in rats following removal of the pituitary gland. The evidence supporting Peckham et al.’s statement is extremely weak.”

“However, Galletti and Joyet only investigated the effect of fluorides on patients with hyperthyroidism, and did not find that fluoride was linked to goitre. . . . . Regarding the reduction in thyroid activity in patients with hyperthyroidism treated with fluoride, Galletti and Joyet concluded ‘…such an action appears only occasionally among persons subjected to massive doses of this substance’, a situation clearly not comparable to community water fluoridation.”

Peckham et al., concluded there are “questions about the safety of community fluoridation and consideration should be given to reducing all sources of fluoride in the environment.” But Foley points out:

“Three references are given to support this statement; however, two of the references provided make no such alarmist recommendation. The only one of the three that does so is Peckham’s own 2014 paper.”

Foley’s opinion is that “the paper’s conclusions can and should be dismissed” as it has “serious biases and flaws.”

“Literature reviews have been highly selective and critical analysis of that literature has been poor. The authors show a disturbing tendency to focus on a small number of poor quality studies that reinforce their own views, while ignoring contradictory evidence from much stronger studies and reviews.”

And provides a bit of advice:

“Peckham et al. should have heeded the adage ‘correlation is not causation’ before coming to a conclusion at odds with a large body of reputable evidence from around the world.”

This entry was posted in Health and Medicine, SciBlogs, science, Science and Society and tagged fluoridation, fluoride, hyperthyroidism, Peckham. Bookmark the permalink.