Image credit: THOSE ’17 INTELLIGENCE AGENCIES’ CITED BY HILLARY CLINTON ABOUT TRUMP AND RUSSIA TURNED OUT TO BE FAKE NEWS

I have discovered a new word – “stovepiping.” Must admit I had to look it up – but it seems to be highly relevant to the way media seem to authenticate their news reports today – particularly in the current political hysteria emanating from the USA. And, I think, stovepiping plays a central role in the promotion of fake news.

There is nothing new about fake news – we have been subjected to it for ages. But suddenly everyone is talking about it. Of course, it is always the “other” side which indulges in fake news – never “our” side. But I suggest that just demonstrates our own prejudices and confirmation bias. We should look more critically and objectively at the way “our” news media gathers and present what it feeds us.

Stovepiping in the intelligence community

So we come to “stovepiping” which Wikipedia says:

“has been used, in the context of intelligence, to describe several ways in which raw intelligence information may be presented without proper context. . . . . the lack of context may come from a particular group, in the national policy structure, selectively presenting only that information that supports certain conclusions. “

On the one hand, this may be an inevitable result of the way intelligence agencies work – “due to the specialised nature, or security requirements, of a particular intelligence collection technology.”

On the other hand, it may be purposely used to deceive politicians and the public  (to support “certain conclusions”) – the issue of weapons of mass destruction in Iraq and the justification for the US invasion of that country provides a clear example.

Unfortunately, stovepiping is rampant in the current US media and political hysteria surrounding the current political struggles resulting from an election result which didn’t go the way the establishment wanted and believed it would.

Consider all the “confidence” that the US presidential elections were “hacked” by Russia – even by, or under the personal orders of, the president of the Russian Federation. The assertion is claimed to be unassailable, beyond any question, because it was a conclusion reached, unanimously, by 17 US intelligence agencies. Hillary Clinton made the claim last October in a presidential election debate:

“We have 17 intelligence agencies, civilian and military, who have all concluded that these espionage attacks, these cyberattacks, come from the highest levels of the Kremlin, and they are designed to influence our election. I find that deeply disturbing.”

The really “deeply disturbing” aspect is that this claim was repeated again and again without a sniff of evidence. Anyone questioning the claim, or asking for evidence, was jumped on as a “Kremlin troll” and no politician seemed to have the courage to draw parallels with the Emperors Clothes.” To actually ask – “where is the evidence.” Neo-McCarthyism is alive and active.

Welcome to evidence-free reporting – where stories rely on unattributed, unnamed sources. Where “intelligence reports” are completely free of evidence – yet presented with high authority. And worse – the media then claims the evidence-free reports themselves as “evidence!”

The retractions are buried and ignored

Sometimes such stories do get retracted. On June 29 The New York Times issued a retraction of the claim that 17 intelligence agencies had reported Russian hacking. The NYT admitted:

Worse – we had stovepiping within stovepiping. Not only was the claim not approved by the 17 agencies – the claim itself was made by selected personal within the four agencies involved. Heavy reported:

“Former Director of National Intelligence James Clapper had already essentially admitted to this when he testified in May in front of the Senate Judiciary subcommittee. He said the Russia hacking finding came from a special intelligence community assessment, formed by hand-picked analysts from the NSA, FBI, and CIA.”

This sort of stovepiping is loaded with possibilities for anyone wishing to promote evidence-free but politically damaging claims as part of a political battle. Just hand-select a few anonymous agents who you know will support the story you want. The ultimate confirmation bias.

One might think the news media has the ethical responsibility to be a bit more critical of such stories. To refuse to repeat evidence-free claims. To avoid unnamed, and unchecked, sources. And to publish an analysis of the origins of these claims, stressing the lack of evidence.

Weak retractions, or even the absence of retractions, seems to be an accepted procedure within the mainstream media. Remember Omran Dogneesh, the “Aleppo boy?” Much media hysteria was spent on his story (accompanied by an admittedly outstanding photograph) promoted by the al Qaeda-affiliated White Helmets as part of their propaganda campaign against Syria. His family was liberated with the rest of eastern Aleppo and they can now tell their story about the way their boy was used – in effect kidnapped by the White Helmets – for propaganda purposes. His family’s story has been reported to some extent – certainly without any of the fanfare the original misleading story was promoted (see How Omran, the dazed Aleppo boy who reappeared this week, became a political pawn in Syria’s war). And a gullible public will be encouraged to continue to believe the original distortions. 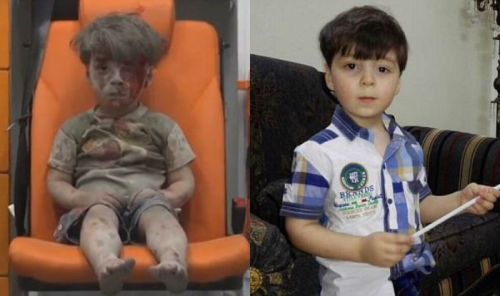 Just as “authoritative” mainstream media sources continue to report that 17 intelligence agencies had a “high confidence” the Russians “hacked” the US elections.

It’s wider than the Clinton-Trump conflict

In fact, when we look at the intelligence reports about the so-called Russian hacking of the US elections we find the main concern being expressed is the possible influence of alternative media. These reports concentrate on media like RT and Sputnik which have Russian origins – but the concern is really about alternative media in general. After all, if the best they can do is complain that RT gave coverage to minority candidates and ran one interview with Trump then we can see what their crime is. RT and Sputnik, just like the rest of the alternative media, is not under the thumb of the establishment. They are free to question the narrative promoted by that establishment.

The alternative media, just like the internet, is not going to go away. It will persist and it will provide alternatives to those of us tired by the conformity and fake news of the establishment mainstream media.