Royal Wedding - no chance - "not in a billion universes."

Now, I am not a Royalist. The whole subject bores me and I profess ignorance about the intricacies and origins of the institution. But I couldn’t help notice there was a Royal Wedding recently.  And having just read the blog post The chances of life arising randomly…., by New Zealand’s leading village creationist Ian Wishart, I thought I would apply his reasoning to help me understand the event.

You see. Something really strange happened. Hundreds of people spontaneously appeared at Westminster Abbey. Not only that. Half of them were adorned with strange contraptions on their heads and the other half dressed like penguins. But the coincidences extended even further. At the same time hundreds of thousands of people congregated in surrounding streets in London. But that’s not all. The coincidences were even more amazing. It’s estimated 2 billion (2,000,000) people watched the events on TV.

Now what are the chances of that happening? If you took all those 2 billion or more people, removed them from the event and their TVs, removed their funny clothes and dispersed them, and their apparel,  around the world what are the odds of that Royal Wedding happening? I reckon the chances are extremely remote. A bit like the example Wishart gives:

“if you broke open the simplest living cell known to exist today, and broke every chemical bond within it so that you were left with its individual ingredients, the odds in favour of that cell putting itself back together again would be only one chance in 10100,000,000,000. To put that figure in perspective, there haven’t even been that many nano-seconds on the clock since the dawn of time nearly 14 billion years ago.

With odds this remote, explains Hugh Ross,[6] “the time scale issue becomes completely irrelevant. What does it matter if the earth has been around for 10 seconds, 10 thousand years or 10 billion years? The size of the universe is of no consequence either. If all the matter in the visible universe were converted into the building blocks of life, and if assembly of these building blocks was attempted once every microsecond (1 millionth of a second) for the entire age of the universe, then instead of the odds being 1 in 10100,000,000,000 they would be 1 in 1099,999,999,916.” [my emphasis]

Now for the sake of scientific accuracy, that’s not an estimation about the spontaneous generation of life randomly, but it is an estimation of whether the known chemical ingredients of a living cell – every ingredient needed – could re-combine from scratch. Clearly the answer is an emphatic no, never, not in a billion universes.” 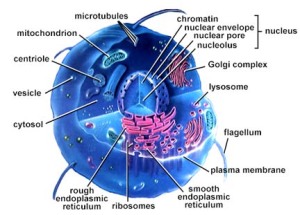 A cell - as likely as a Royal Wedding

I reckon the number of components in this Royal Wedding may not be as large, so perhaps we can leave a few zeros off the end of the figures Wishart and Ross quote.  But clearly that Royal Wedding had no real chance of happening “not even in a billion universes.”

But, perhaps if we took our decomposition of the wedding as far as Wishart has, breaking into component atoms, the calculation would show even less chance of a Royal Wedding than a living cell.

Yet, like the cell, it did happen. So surely we are justified in drawing the conclusion Wishart’s statistical expertise has lead him to:

“On the basis of the evidence in front of scientists at present, the chances of [a Royal Wedding]* arising naturally anywhere in the universe, without divine intervention of some kind, are currently statistically classed as “impossible”.”

Here I have just substituted “life” with “Royal Wedding.”

Not overnight, but it will happen

I know, I know! Someone’s going to tell me such a statistical analysis is inappropriate. That there were clear mechanisms involved in the lead up to the Royal Wedding. But what is good for the goose is good for the gander.

If Ian can take the liberty of ignoring mechanisms, and the physical and chemical process, involved in the transformation or evolution of chemicals into more complex forms I can do the same with the Royal Wedding.

By the way, Ian’s post is basically just a reproduction of a chapter from one of his books. If you have read the post you will have noticed that it is heavy with quoted material.

Ian seems to make a habit of this. I reviewed his book AIR CON: The Seriously Inconvenient Truth About Global Warming. One of my comments appears relevant here:

“My first impression when I opened Air Con was the number of quotes. So I decided to analyse the proportion of space devoted to quotations.  Seventy % of one chapter (“Unsettled Scientists”) are quotes! The book as a whole is about 43% quotes. I can understand why authors must use quotes – but why so many? To my mind excessive quoting undermines credibility.”

In this case I have taken the post – basically the chapter from Divine Code plus an introductory 4 lines.

Fourty eight percent (48%) of this is quotes!

Perhaps extensive quoting helps Ian to assume he must be an expert in whatever subject he tackles. Religion, science, evolution, creationism, intelligent design, climate change, political conspiracy. He tackles them all.

Mind you when we come across extensive quoting in scientific articles a warning sign lights up. We tend to suspect plagiarism.

57 responses to “The chances of Royal Weddings arising randomly…”