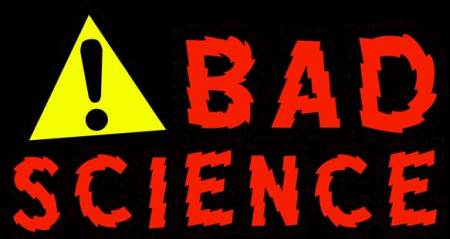 Anti-fluoride propagandists have been trumpetting a new “peer reviewed” scientific paper in their campaign against fluoride. Most of them don’t seem to realise that the claim is not new – just a re-presentation of claims from a paper they already promote ad nuseam (the Harvard study – see Quality and selection counts in fluoride research). Then again, if they did know – would that stop them from such double dipping for their “evidence?”

It’s the old  “fluoride decreases chidren’s IQ” claim. It’s already resulted in a host of claims on blogs, facebook and Twitter and will no doubt produce more in the future. We are sure to see more tweets like these:

It started with a press release from the Harvard School of Public Health – Growing number of chemicals linked with brain disorders in children. This promoted a paper which went on-line  less than a week ago – Grandjean & Landrigan (2014) The Lancet Neurology, 13(3) 330 – 338, March 2014. Neurobehavioural effects of developmental toxicity.

On the surface – just another paper reviewing evidence for harmful effects of industrial chemicals on child development.

The paper contains only one reference to fluoride – a shonky reference at that (see below) but this ensures that even though main stream media reports mostly didn’t mention fluoride the anti-fluoride brigade are promoting any and every report as if they did.

What do they say about fluoride – and why?

Here is the only mention of fluoride:

“A meta-analysis of 27 cross-sectional studies of children exposed to fl uoride in drinking water, mainly from China, suggests an average IQ decrement of about seven points in children exposed to raised fluoride concentrations.44 Confounding from other substances seemed unlikely in most of these studies. Further characterisation of the dose–response association would be desirable.”

Yes, its the paper that get’s the most tweeting, facebooking and blogging from anti-fluoride activists – the paper I analysed in Quality and selection counts in fluoride research. The review that based its conclusion on a few less than randonmnly selected poor quality papers.

Some of the mainstream reports are awake to problems with this new paper.

“Other experts, however, said the paper had limitations and was based on an array of previously published surveys of varying reliability.

“Because the paper lacks rigour, it is impossible to assess the validity of the authors’ claims, many of which seem highly speculative,” said David Coggon of the University of Southampton’s Lifecourse Epidemiology Unit.

“The conclusions of more focused and thorough reviews have been less alarming,” he said.

Others said autism, ADHD, cerebral palsy and dyslexia have not been definitively associated with industrial chemical exposure.

“In comments prepared by the Science Media Centre, epidemiologist Jean Golding of the University of Bristol accused the pair [Grandjean and Landrigan] of issuing scare statements.

“To implicate high fluoride, which they quote as one of the new chemicals… they quote only one paper; this only compares the mean IQs of children in villages with different levels of fluoride, with no allowance made for any other differences, and no actual measurement of fluoride in individual children and comparison with their IQs. This is not good evidence.””

Attentive readers may notice that Philippe Grandjean is senior author on both this current paper, and the review mentioned in Quality and selection counts in fluoride research.

Warning signals – here is an author relying excusively on his own work to draw a conclusion that fluoride has been confirmed to be detrimental to child IQ! What’s more, his qualifications about confounding factor have dissapeared in the 18 months between the two papers. A case of double dipping his data and removing qualifications second time around.

Still, each of the articles reviewed had deficiencies, in some cases rather serious ones, that limit the conclusions that can be drawn. However, most deficiencies relate to the reporting of where key information was missing. The fact that some aspects of the study were not reported limits the extent to which the available reports allow a firm conclusion. Some methodological limitations were also noted.”

“most reports were fairly brief and complete information on covariates was not available,”

On other possible factors possibly influencing IQ they wrote:

“Information on the child’s sex and parental education were not reported in > 80% of the studies, and only 7% of the studies reported household income. These variables were therefore not included in the models.”

“Although official reports of lead concentrations in the study villages in China were not available,”

In fact the only other factors considered were year of publication and mean age of the study children! All those qualifications above were thrown away in the intervening period and in Grandjean & Landrigan (2014) Neurobehavioural effects of developmental toxicity he claims:

“Confounding from other substances seemed unlikely in most of these studies.

Frankly I call that misleading – especially as he lists fluoride as a “newly identified “industrial chemical known to cause neuorotoxicity!” I don’t have the expertise to comment on the other chemicals he claims neurotoxic but this example makes me really suspicious. I could not rely on this paper with any confidence as a source of information on chemicaltoxicity.

Note: The American Council on Science and Health went further in their criticisms of Grandjean and Landrigan’s paper than other commenters seem to have. In the article “Upholding its tradition, a new Lancet piece on chemicals aims to scare rather than inform“ they question the authors’ credibility in toxicology. Instead they are:

“experts in the subject of trying to scare parents and the media about remote or hypothetical chemical threats. In this case, they wave the skull-and-crossbones banner of a “pandemic of developmental neurotoxicity.”  If they hoped to garner media attention — and they surely did — they succeeded beyond expectations: fright is in the air.”

Their Executive Director and Medical Director Dr Gil Ross says of the paper:

“This piece in essence is simply a call for the precautionary principle: if there is ‘concern’ about a chemical — or substance, or behavior — then ban or restrict it until/unless it can be proven ‘safe.’ But when applied to the tens of thousands of chemicals in our environment, our commerce, and our consumer products, if applied as these authors demand, it would require a complete abandonment of our way of life, period. They don’t seem to care, or even take notice. But why should they: they got what they wanted, publicity and scare-mongering adherents.”

Actually, his comments on the journal, The Lancet, weren’t too complimentary either.

This entry was posted in Health and Medicine, SciBlogs, science, Science and Society and tagged fluoridation, fluoride, IQ, SciBlogs. Bookmark the permalink.