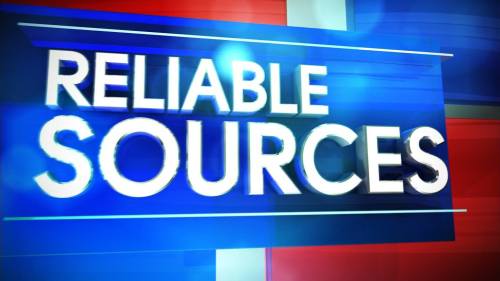 CNN pushes this mantra but many believe they promote fake news

When scientists evaluate published research we are more interested in evidence than in conclusions. In fact, the same evidence may lead scientific readers to different conclusions. That’s not surprising as in the real world no research project is able to consider all the theoretically possible evidence. Readers may, in fact, have other evidence. Or they may detect faults in authors’ interpretations.

I think this is a good thing. Considering the evidence allows competent critiques to be made and encourages knowledge to advance.

However, it annoys me that when we move outside the scientific environment we have to deal with situations where evidence may rarely be considered. People indulge in debating conclusions often with no regard to evidence. In fact, debaters seem to rely more on the real or perceived authority of their sources to support or discredit an argument, than on the evidence.

That’s just lazy. Source authority proves nothing and I would like to think that my discussion partners are capable of coming to a more reasonable position when they are forced to actually consider the evidence.

Both sides are guilty

Unfortunately, both supporters and opponents of a scientific viewpoint or consensus fall into this trap. Take the “fluoridation debate.” It annoys me that some supporters of the scientific viewpoint will respond to an opponent by disparaging their sources. The fact that the opponent is citing the activist Fluoride Action Network, the “Fluoride” journal or one of the shonky pay-to-publish journals where anti-fluoride activists sometimes get published does not, in itself, discredit their argument. On the other hand, if the actual evidence involved in those reports were discussed it might just be possible for the faulty conclusions to be exposed.

On the other hand, how often have I heard opponents of community water fluoridation reject the authority of scientific journals or published research because the workers were paid by the government (we must all get a wage from somewhere) or the journal or conference received industry sponsorship? I am not at all impressed by the refusal to consider the real evidence implied by falling back on disparaging sources.

The other tactic of supporting a claim by pointing to the high authority of the source is also repugnant. Even researchers and journals we generally consider “reputable” can still publish flawed work and even rubbish.

One of the most common arguments used by anti-fluoride campaigners is that the highly respectable, authoritative journal “The Lancent” has “officially” declared fluoride to be a “neurotoxin.” This is wrong on so many counts. The Lancet publishes research papers. It is not in the business of making official declarations on toxic compounds. The paper referred to did not describe fluoride as a “neurotoxin” – that word is inappropriate for describing a chemical of inorganic origin. The work cited in that paper was from areas of endemic fluorosis mainly in China and is not relevant to community water fluoridation. And the paper itself was not justified in making the limited conclusions it did on such poor evidence. I have discussed the paper more fully in “Repeating bad science on fluoride.“

The odds are, of course, that those activists citing this paper in such a manner have not actually read the paper – a common problem with people who rely on the authority of their sources rather than evidence. In fact, they are probably not at all interested in the details in most cases.

My point is reliance on authority is not a valid supporting argument any more than disparaging a source is a valid opposing argument. We should always follow the evidence – and rely on that evidence for our arguments in such discussions.

This problem is even worse in the political sphere where so often we actually do not have evidence to fall back on. In fact, this situation seems to have got a lot worse of late where, for one reason or another, facts and evidence seem to be the last thing in the minds of “reporters” – or at least those who are continually telling us what we should think.

Unfortunately, discussion of political issues often leads people to claim they are using what they think as “reliable sources” or disparaging an opponent’s argument by claiming they are using “unreliable sources.” In fact, people who should know better, seem to often support their claims against any criticism by claiming it came from a “reliable source” or “authoritative source.” And these people who should know better will often resort to “attacking the messenger.” Criticising or rejecting information because it was reported by what they consider an “unreliable source.” The facts or evidence seem to be forgotten.

This can get pretty silly. I once had to confront the argument of a discussion partner who rejected the video recording of a statement made by a spokesperson for the US Department of State because it was part of a piece of RT news coverage! Especially silly as the video recording was probably an official one made by staff of the Department of State.

How often do we see people promoting partisan claims about the political hysteria in the US or the war in Syria by using sources like the Washington Post, New York Times, CNN or Al-Jazeera? Sources they claim are “reliable?” In my article An Oscar for Al Qaeda? I described how the New Zealand Ministry’s of Foreign Affairs and Internal Affairs carried out “due diligence” on the White Helmets organisation they were planning to give money to by referring simply to a report from Al-Jazeera. No attempt to dig deeper, to evaluate the veracity of the Al-Jazeera reports or to follow-up other sources critical of the White Helmets. Yet Al-Jazeera has a reputation for supporting “rebels”/”terrorists” in Syria. It is shocking that a New Zealand ministry was not prepared to make a more sensible judgment.

On the other hand, how often do we see people disparaging information or claims about the current US political hysteria or the war in Syria which with they disagree because it was reported by Sputnik, RT or one of a host of other “alternative” news sources?

Both sides of a political argument now denigrate the sources used by the other side as promoting “fake news.” And, to an extent, each side is probably right as every news sources these days has its own point of view – its own bias.

Reader beware – use a range of sources

Unfortunately, many readers seem more interested in confirming their own biases than dealing with real facts or evidence. Understandably these people will select the news source that suits them. That’s OK if you simply want to follow the “party line.” But it is lazy because it avoids any intelligent or critical analysis.

It is incumbent on the rest of us who are more interested in real facts and in drawing more credible conclusions to make an effort to consult a range of news sources and to critically analyse the claims, opinions and information we get from them. I believe that in today’s world there is no such thing as an authoritative or reliable source when it comes to political information. All the media – the “established mainstream media” as well as the “alternative media” are equally capable of publishing and promoting fake news.

We need to be aware of this, be prepared to use a variety of sources to avoid the “party line” problem, and critically analyse what we read so we can separate facts from opinions and unsubstantiated claims.

14 responses to “Don’t rely on sources – follow the evidence”